With the largest unsanctioned offshore powerboat races in the U.S. happening this weekend at the Lake of the Ozarks, we thought it would be fun to gather up some fun facts about powerboat racing! Spout off some of these facts to your friends as you're checking out all the awesome powerboats at Supercat Fest and the Shootout this weekend. 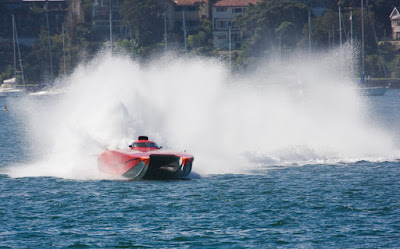 1. The first major powerboat race was in 1903 across the English Channel.

2. Powerboat racing was recognized as an official sport for the first time in 1904.

3. Organized by the American Power Boat Association, the Gold Cup started on the Hudson in 1904.

4. Up until the early 90s, only 4 types of boats were allowed into this sport. Today, powerboats of all types will be seen racing.

5. In the 1920s, racing boats adopted "planing hulls" for skimming across the water at high speeds, rather than the traditional deep v-shaped "displacement" hulls.

6. After World War II, hulls were made more and more from metals and fiberglass, as opposed to wood.

7. Most powerboats are driven by a high-speed jet of water as opposed to by a propeller screw.

8. In the past, a powerboat cockpit consisted of just a start, steering wheel and throttle. Today, the cockpit also features other controls such as a fuel pump switch, red and yellow warning lights and an airbag.

9. The rules of the F1 car racing championship are similar to the F1 power boat championship. The number of participating boats and racers, as well as the duration of the race are the same. However, F1 boats accelerate much faster than the fastest F1 race cars.

10. As of 2007, all powerboats are required to have a protective crash box installed. Other safety features added include shock-absorbent constructions and airbags.

11. In the 1990s, the concept of airbags in powerboats was launched. Not only do they protect the driver in the event of a crash, but they will also help delay the sinking of the vessel until help arrives.

Summerset Boat Lifts hopes you have a fun-filled weekend as the Lake of the Ozarks is overtaken by some of the fastest powerboats in the country! If you are in need of any Lake of the Ozarks boat lift repairs or service this weekend, give us a call at 573-348-5073. We're here for all your boat lift needs!

Summerset Boat Lifts
1165 Jeffries Road Osage Beach, MO  65065
573-348-5073
Email:info@summersetboatlifts.com
Keep up with local news, events and product information by Following us!!
Like Our Facebook Page
Connect with us on LinkedIn
Follow Us on Google+
Posted by Summerset Boat Lifts at 1:16 PM No comments:

Coinciding with the Annual Lake of the Ozarks Shootout is Supercat Fest! This is a gathering of the fastest, most exotic offshore marine hardware in the world. If you're a boat enthusiast, this is one event you will not want to miss. It's one of the coolest gatherings in the country! Ever year it gets bigger and better, featuring dozens of the latest and greatest go-fast catamarans and other offshore beauties. Join your favorite Lake of the Ozarks boat lift dealer at this event August 23-27! 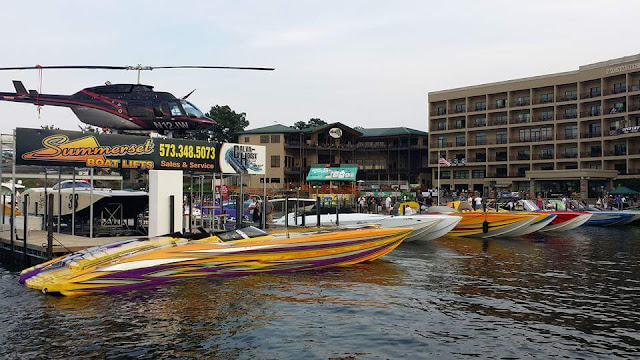 
Supercat Fest is a rather informal event, presenting an opportunity for a close-knit group of high-performance boaters to gather and enjoy the Lake. Many boaters start showing up on Wednesday, and the party rolls well into the weekend. Supercat Fest's "official" activities occur on Friday and Saturday night at Camden on the Lake. The festivities range from cocktail parties with live music to a fun run and fireworks displays. The event has always complimented the Shootout, specifically with the Stereo Shootout. This audio competition at Camden on the Lake offers another activity with more eye-candy and ear-candy than some of the other festivities. Supercat Fest is all about sharing in the common love of performance boating.


Friday night is the Wet & Wild Pool Party at Camden on the Lake! Participate in the bikini contest or just enjoy a cocktail poolside. Check out all the amazing race boats while you're there! Dr. Zhivegas will be rocking the stage at H. Toad's Bar & Grill both Friday and Saturday night. In addition to the fun, this year's Shootout Benefit Live Auction will actually take place Saturday night at 8 pm at Camden on the Lake. The hope for this year's auction is to put a bigger emphasis on the fundraising part of this huge annual event. With all the generous sponsors and donations, the goal of once again breaking records in terms of the event's overall donations is within reach. For those who don't want to leave the resort, a big-screen viewing option will be available at Camden on the Lake this year. The large-format screen display will carry the live television broadcast from the two-day top-speed contest on he 3/4 mile course!

Our dock will be going up at Camden on the Lake on Monday - the helicopter will arrive Monday and the boat will be in the lift on Tuesday! Come out and see us at Supercat Fest 2017. Summerset Boat Lifts hopes you have a great time out on the water for these events! If you experience any problems with your lift after participating in the Supercat Fest or Shootout activities, give us a call at 573-348-5073. We're here for all your Lake of the Ozarks boat lift repair needs!

Summerset Boat Lifts
1165 Jeffries Road Osage Beach, MO  65065
573-348-5073
Email:info@summersetboatlifts.com
Keep up with local news, events and product information by Following us!!
Like Our Facebook Page
Connect with us on LinkedIn
Follow Us on Google+
Posted by Summerset Boat Lifts at 9:31 AM No comments:

The Lake of the Ozarks area offers some unique situations when it comes to insurance. If you own a home on the water with a dock, you need to make sure that dock is insured as well. Insurance can be complicated, so it's important that you work with a local agent to ensure you have the proper coverage for not only your dock, but also your Lake of the Ozarks boat lift. 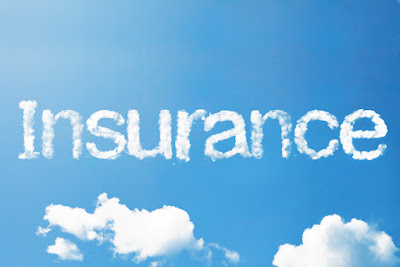 
Just like with auto insurance, you need boat insurance. What exactly does that boat insurance include though? Unfortunately, your boat lift is not covered under most of your typical boat insurance policies. Those policies just cover the vessel itself. Think about it; your auto insurance doesn't cover your garage does it? So why would your boat dock or lift be any different. Typically you have to buy a premium policy or add coverage to insure your lift. Talk to a local insurance about your options. Your lift is an investment just like your boat and you want to make sure that investment is protected too! 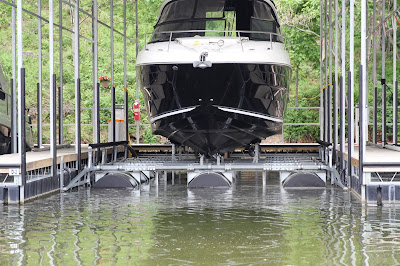 
Many homeowners believe that their dock and lift are part of their property and their homeowners insurance should cover these items. Unfortunately, that's usually not the case. While homeowners insurance can sometimes extend to the dock, your insurance agent needs to be aware of the dock and value of that dock. When ensuring coverage for your dock, it's important that you not only have physical damage, but also liability. Docks can be a dangerous place if caution isn't taken, and you'll want to make sure you're covered if someone were to get hurt on your dock. As for the physical damage coverage, make sure you understand what circumstances are covered, wind, fire and snow all need to be considered. During the winter season, heavy snow storms have been known to severely damage or even collapse docks at the Lake of the Ozarks.

Summerset Boat Lifts
1165 Jeffries Road Osage Beach, MO  65065
573-348-5073
Email:info@summersetboatlifts.com
Keep up with local news, events and product information by Following us!!
Like Our Facebook Page
Connect with us on LinkedIn
Follow Us on Google+
Posted by Summerset Boat Lifts at 6:23 AM 2 comments:

In order for your lift to work properly and protect your boat, your dock needs to be in good shape. The Lake of the Ozarks boat lift has to be able to attach to your dock. Keep reading to learn about some signs that suggest your boat dock needs repaired or replaced. 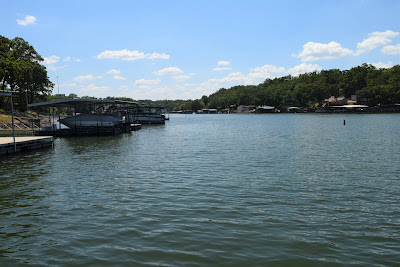 
Depending on the type of material that was used to build your dock, currents and waves can cause the structure to bend, warp or crack. In addition, ramming your boat into the dock while trying to dock it can also cause these issues. If the cracks are minor, you can likely just replace individual boards or beams. However, if load bearing areas are damaged, you'll want to have your dock replaced. This will ensure structural integrity. Your lift isn't going to be able to protect your boat from sinking if the entire dock falls apart.


If you have a metal dock, you'll need to watch for rust. Due to the dock being in constant contact with water, there's bound to be a build-up of moisture, which can lead to rusted platforms and dock supports. If rust has overtaken the dock, you're likely way overdue for a dock replacement. If only small amounts of rust are found, you can try replacing those individual parts or pieces. If you're replacing your metal dock, you might consider investing in a dock of a higher quality material. 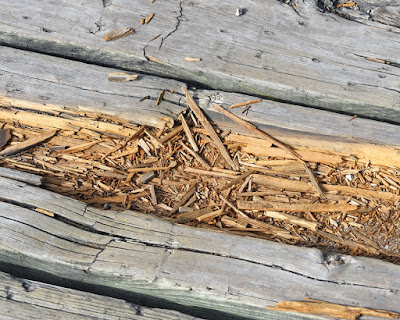 3. Wood Rot Spread Out On Dock.


While it's normal for your dock to experience a little rot over time, if the wood rot is not contained to a small area, it's probably time to replace your dock. Sometimes fungus from the lake water can cause dry rot, which causes wooden components of the dock to decay and crumble. This is normal wear and tear that all docks will experience. When there's only a small area of wood rot, you can likely just replace a board or two and your dock will be fine. However, if the rot has spread across the dock simultaneously, repairs can become expensive and replacing the dock might be a better option.

Not only do you want to keep any eye on your dock for necessary repairs, but it's also a good idea to regularly inspect your boat lift. If any maintenance or repairs are needed on your lift, you can trust Summerset Boat Lifts, your premier boat lift company at the Lake of the Ozarks, to get the job done right. Give us a call at 573-348-5073 to schedule an appointment.

Summerset Boat Lifts
1165 Jeffries Road Osage Beach, MO  65065
573-348-5073
Email:info@summersetboatlifts.com
Keep up with local news, events and product information by Following us!!
Like Our Facebook Page
Connect with us on LinkedIn
Follow Us on Google+
Posted by Summerset Boat Lifts at 1:04 PM No comments: