Test Your Thanksgiving Knowledge With These Trivia Questions

The holiday season has begun and Thanksgiving is here! In honor of the holiday, Summerset Boat Lifts has gathered some fun trivia questions for you to test your Thanksgiving knowledge. As you gather around with family and friends, sharing stories of the year and what you're thankful for, consider throwing out some of these fun trivia facts to see how many people can get the answers correct!


How many of these answers do you know? Once you've figured them out, test the knowledge of your friends and family! 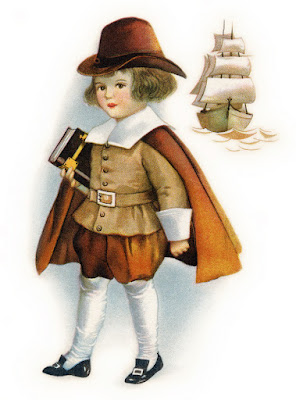 1. How many Pilgrims were believed to be on the Mayflower?

2. How long was the voyage from England to the New World?

3. The Mayflower was originally built to transport not people, but what?

4. What utensil was not used by the Pilgrims to eat Thanksgiving dinner?

5. The first Thanksgiving in 1621 was believe to have lasted how many days?


6. Thanksgiving becoming a national holiday is credited to which woman?

7. Which southern state was the first to adopt a Thanksgiving Day in 1855?

8. Which U.S. President is believed to be the first to pardon a turkey and start the tradition? 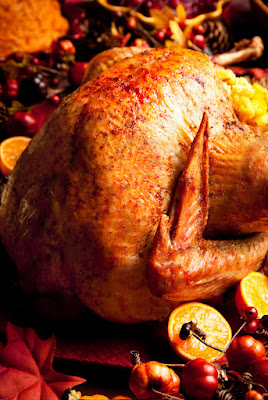 9. Approximately how many turkeys are eaten each year on Thanksgiving in the United States?

10. According to Butterball, where is the best place to put the meat thermometer in the turkey?


A. The loose skin under a male turkey's neck
B. A hat worn by a Pilgrim
C. A hot cider drink served at Thanksgiving

12. In what year did the first Macy's Thanksgiving Day parade take place?

13. Which balloon was the first to appear in the 1927 Macy's Thanksgiving Day parade?


A. Mickey Mouse
B. Superman
C. Felix the Cat

14. The first Thanksgiving football game started in 1934 by which team?

Happy Thanksgiving from Summerset Boat Lifts! Now that the weather has finally cooled off, it's time to have your Lake of the Ozarks boat lift looked at. We'll make any necessary repairs and get your lift ready for use next spring! Call 573-348-5073 for all your boat lift service needs!

Summerset Boat Lifts
1165 Jeffries Road Osage Beach, MO  65065
573-348-5073
Email:info@summersetboatlifts.com
Keep up with local news, events and product information by Following us!!
Like Our Facebook Page
Connect with us on LinkedIn
Follow Us on Google+
Posted by Summerset Boat Lifts at 9:30 AM No comments:

The 6th Annual Deck the Docks Festival of Lights to benefit Dogwood Animal Shelter is upon us! Starting November 25, the beautiful Celebration Yacht will embark on a cruise each Wednesday, Friday and Saturday to tour sparkly docks and lakefront homes decorated for the holidays! 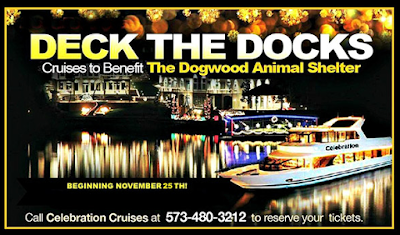 About Deck the Docks


Deck the Docks is a non-profit event that encourages local residents to light up their docks and lakefront homes at the Lake of the Ozarks, bringing awareness to homeless pets. Proceeds from the cruises over the holiday season are donated to Dogwood Animal Shelter, a no-kill shelter at the Lake of the Ozarks. In 2015, the cruises generated close to $30,000 for the shelter.


Tickets are $25 each. Complimentary appetizers donated by local restaurants, as well as live entertainment donated by local entertainers, are included. All passengers must book reservations in advance. Tickets may be reserved through Celebration Cruises by calling 573-480-3212 or on their website at www.cruiselakeoftheozarks.com. 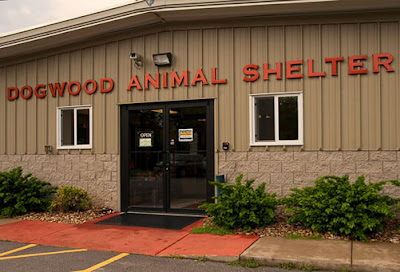 
Starting as a small facility in 1976, Dogwood Animal Shelter has offered not only a place for homeless pets, but also low cost spay and neuters. In 1977, the board of directors declared Dogwood a no-kill facility. The long awaited new facility was built in Osage Beach in 2005. At that time, a spay/neuter clinic was included to provide surgeries on site.  Learn more here: www.daslakeoftheozarks.com.

Summerset Boat Lifts encourages you to come out and support our local community through this fun holiday event! With the holidays approaching, now's the time to start thinking about gifts for the boat lovers in your life. Our Lake of the Ozarks boat lift company offers tons of boating accessories in addition to our new and used lifts. From dock lockers and wet steps to life jackets and tow ropes, we've got something for all the boat enthusiasts in your life!

Summerset Boat Lifts
1165 Jeffries Road Osage Beach, MO  65065
573-348-5073
Email:info@summersetboatlifts.com
Keep up with local news, events and product information by Following us!!
Like Our Facebook Page
Connect with us on LinkedIn
Follow Us on Google+
Posted by Summerset Boat Lifts at 9:27 AM No comments:

Without the construction of Bagnell Dam, which created the Lake of the Ozarks, we wouldn't have the need for our boat lift company at the Lake of the Ozarks. Since the dam plays a huge roll in our business, we thought providing a few fun facts about the dam in today's blog would be appropriate. Let's see how much of this information you already know - and maybe you'll learn something new about this beautiful Lake that we call home.


1. The concept of Bagnell Dam dates to 1912, when Kansas City entrepreneur Ralph Street created a plan for a 60 ft. hydroelectric dam. After building support structures, roadways and railroad tracks, financial difficulties brought his venture to a close in 1926.

2. One year after Ralph Streets' venture ended, Union Electric (now AmerenUE) and Stone & Webster revitalized the project and expanded it to its present-day parameters.

4. The construction of Bagnell Dam created the Lake of the Ozarks, one of the largest man-made reservoirs in the world and the largest in the United States at that time.

5.  During construction of Bagnell Dam, the Lake of the Ozarks was referred to as the Osage Reservoir or Lake Osage.

6. The total cost of the Bagnell Dam project was $30 million. Today, the same project would cost around $360 million.

7. Bagnell Dam is classified as a concrete gravity dam. That means that the weight of the structure is enough to overcome the lateral force of the water pressing against it.

8. The Bagnell Dam is 2,543 feet long and consists of three sections: the abutment section, the spillway section and the headworks or powerhouse.

9. The powerhouse consists of eight water-wheel turbines directly connected to eight electrical generators, plus one smaller station service unit. Originally only 6 of the generators were installed; the other two were added in 1953.

10. When the turbines are not in use, each of the openings is sealed by a headgate that measures 27 square feet and weighs 70 tons.

12. The generators were designed to produce a maximum of 21,500 kilowatts each.

13.  The overall dam structure was poured in 40-foot wide blocks that are designed to slide in the event of a breach. This prevents a total collapse from happening, and only one or two sections would move back while the remainder of the dam would stay solid and undamaged.

14. In the 1980s, holes were drilled down through the dam and tensioning rods were driven through those holes and into the bedrock below. The dam is actually more solid now than when it was built.

15. The highway deck of the dam is approximately 10 feet above full reservoir.

16. Although originally built to provide hydroelectric power, Bagnell Dam and the Lake of the Ozarks soon became a significant tourist destination for the Midwest.


Since 1982, we've been lifting your dreams from canoes to cruisers! At Summerset Boat Lifts, we're proud to offer the Galva-Hoist product line of floating boat lifts. No matter what brand of boat or dock you have, the Galva-Hoist provides great value and performance. Our new lift sales are complimented by pre-owned sales and servicing of many different brands of lifts. For all your Lake of the Ozarks boat lift needs, give us a call at 573-348-5073.

Summerset Boat Lifts
1165 Jeffries Road Osage Beach, MO  65065
573-348-5073
Email:info@summersetboatlifts.com
Keep up with local news, events and product information by Following us!!
Like Our Facebook Page
Connect with us on LinkedIn
Follow Us on Google+
Posted by Summerset Boat Lifts at 10:23 AM No comments:

Your Premier Galva-Hoist Dealer at the Lake

With the wrap up of boating season, now is the time to get a great deal on a new boat and boat lift! Since companies are trying to make room for the new 2017 inventory, you can get end of the season clearance pricing on that watercraft you've been eyeing all year. At Summerset Boat Lifts, we are proud to offer you Galva-Hoist boat lifts! Keep reading to learn more about Galva-Hoist and why its your best option for a boat lift at the Lake of the Ozarks! 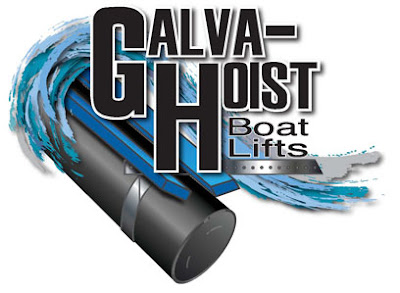 
Galva-Hoist does things differently! We provide solid and secure boat lifts to make your boating experience even better. Here are just a few of the features you get when you choose a Galva-Hoist for your Lake of the Ozarks boat lift: 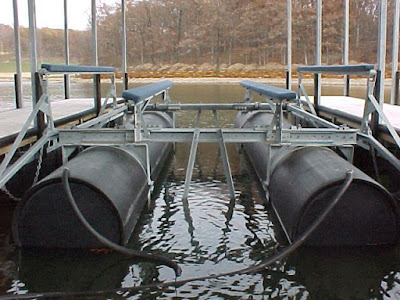 
To learn more about our Galva-Hoist floating boat lifts, give us a call at 573-348-5073. At Summerset Boat Lifts, our new lift sales are complimented by pre-owned sales and servicing of many different brands of lifts. Have problem with a lift? Now is the time to get it taken care of, before you get your boat winterized for the season! We're here to make sure you and your boat get the very best level of product and service at the Lake!

Summerset Boat Lifts
1165 Jeffries Road Osage Beach, MO  65065
573-348-5073
Email:info@summersetboatlifts.com
Keep up with local news, events and product information by Following us!!
Like Our Facebook Page
Connect with us on LinkedIn
Follow Us on Google+
Posted by Summerset Boat Lifts at 9:59 AM No comments: