Start your Saturday off with the Duck Drop 5K Waddle Run! Then waddle on over to the Family Fun Zone and wait for the Ducks to Start Flying at Noon. Join us under the Dam for the 6th Annual Great Dam Duck Drop! Tickets will be on sale up until 11 AM Saturday for $5 each, with a chance to win $5,000 or many other great prizes!  Check out the details below:


Registration is $25 per runner/walker and children under 12 are free!  Each entry receives an event T-Shirt.  Registration begins at 7 AM on Saturday at the Dam Bait Shop & Campground and the Race starts at 8 AM.


The Family Fun Zone opens at 10 AM Saturday and will be better than ever!  The event will feature pony rides, bounce houses, face painting, great food, fun games and prizes for the entire family, Martial Arts demonstrations, Dance demonstrations, a LIVE DJ and so much more!


The ducks start flying at Noon and someone will win $5,000! You can walk to the viewing area from the Family Fun Zone just PAST the Dam Bait Shop on the shoreline at the Campground. Ducks will be dropped from the helicopter, as well as from Pontoon Boats in the river. They will then "race" to the finish line! The first duck to cross the finish line wins $5,000 and 11 additional ducks will win prizes too!

All funds raised remain local & are distributed to non-profit organizations via the Ozark Coast Kiwanis Organization.  For more information on this event, please visit: GreatDamDuckDrop.com.

Treat Your Boat Lift as You Do Your Car! 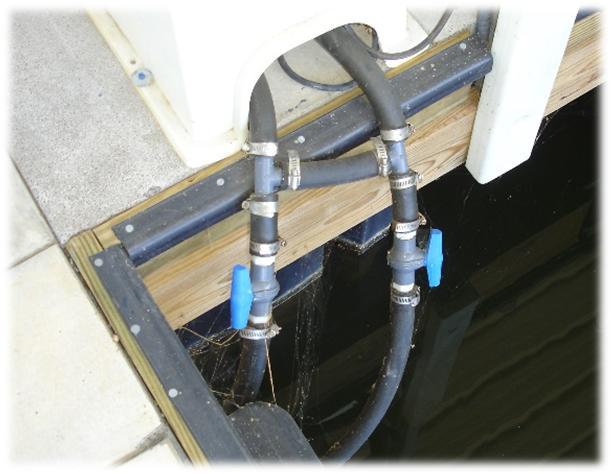 Preventative maintenance of your Lake of the Ozarks boat lift can eliminate that emergency that ruins your vacation and costs you more money than necessary.  A little maintenance goes a long way in preventing emergency calls.  When it comes to taking care of your boat lift, you should treat it the same way you would your car. Check out these boat lift maintenance tips from BoatLiftUS.com. 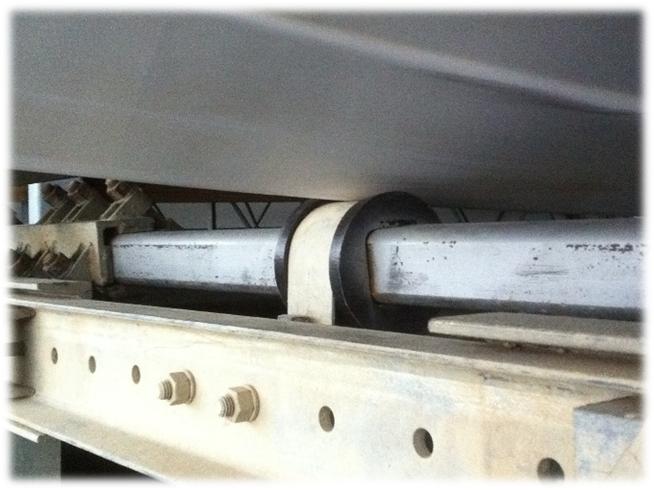 If you feel you need your Lake of the Ozarks boat lift serviced by a professional or you're experiencing a boat lift emergency, be sure to give Summerset Boat Lifts a call at 573-348-5073. We pride ourselves in service, and it’s what sets us apart from everyone else. We want our customers to relax knowing their boat lift needs are being handled by professionals.  Be surprised at how soon you may see a representative of Summerset Boat Lifts on your dock. We want to earn your trust and your business!

Posted by Summerset Boat Lifts at 10:03 AM No comments: 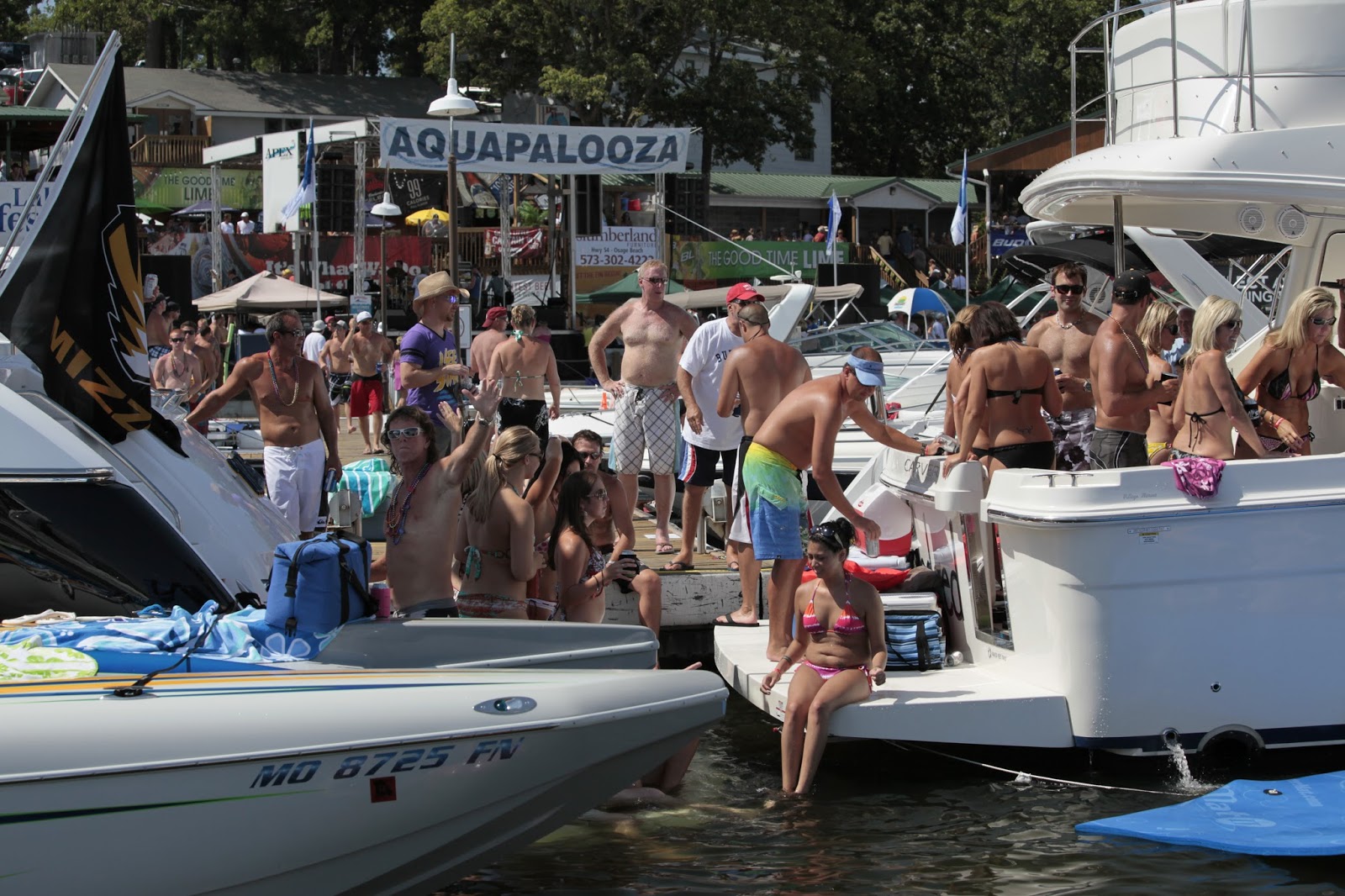 Head on down to the Lake of the Ozarks for the single largest one day boating event at Lake of the Ozarks!  Aquapalooza 2014 will feature a great lineup of artists and a day full of family-fun! The concert starts at Noon at Dog Days Bar & Grill on the 19 MM or Jeffries Road by land, just down the road from Summerset Boat Lifts.


Women of Rock
Featuring two of the best vocalists in the Kansas City area, The Women of Rock is a tribute to the best female rock artists of the last three decades. Sisters Barbara and Lisa Bowman lead this group, and are backed by some of Kansas City's best musicians.

Revelation, A Tribute to Journey 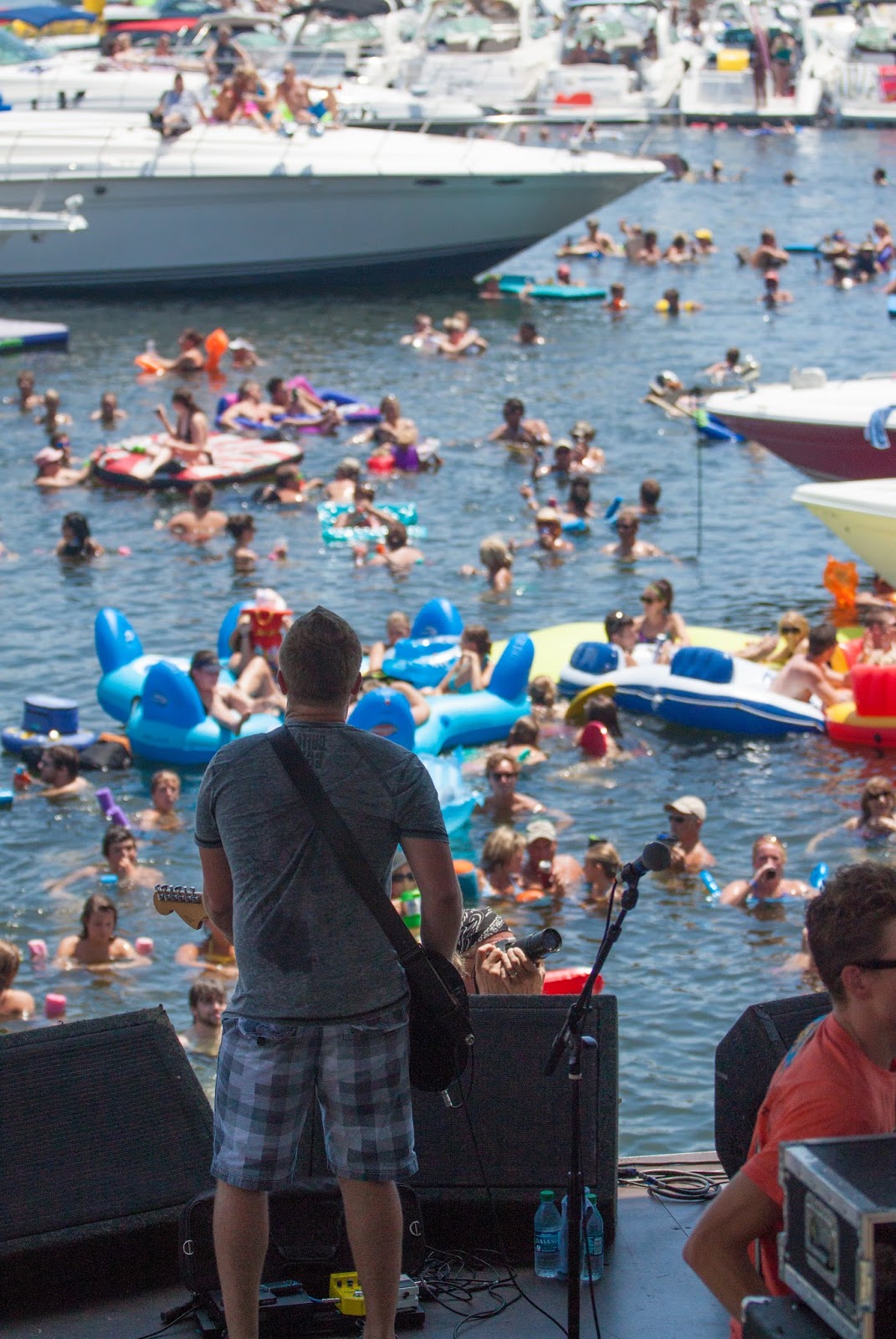 There are tribute bands and then there are TRIBUTE bands. “Revelation: A Tribute to Journey” started from a hard driving 80's influenced Kansas City rock band called "JOKER". After playing the bar scene, lead singer Danny Wayman decided to form a tribute to one of his favorite bands "JOURNEY".

Members Only
Members Only is the nation's premier 80's tribute band, playing your favorite hair and pop classics from the decade that gave us the Rubik's Cube, Atari, and feathered bangs!  Members Only has been playing regionally since the "Summer of 69" (no wait, 2008). With a high energy show and songs you know and love, Members Only is guaranteed to get you dancing and singing along all night!

Hells Bells, America's #1 AC/DC Tribute Band
For 15 years and counting, Hells/Bells is the world's #1 tribute to AC/DC! Touring 42 states, 50 weeks per year, Hells/Bells salutes the driving force of AC/DC in a manner surpassed only by the real AC/DC. With authentic costuming, the look, the sound, and all of the crazy antics of Angus Young, Hells/Bells is total energy, absolute adrenaline - the most complete party experience acclaimed across the United States, Honduras, Mexico, Trinidad, and Europe by many die-hard fans!

Enjoy this Live Music at the Lake of the Ozarks from the water or on land!  Come experience the largest family boating event of the year with hundreds of boats and thousands of people!  While you're visiting, if you have any problems with your boat lift at the Lake of the Ozarks, give us a call at 573-348-5073.  Summerset Boat Lifts is here to make your boating experience the best!   We pride ourselves in service, and it’s what sets us apart from everyone else!

Posted by Summerset Boat Lifts at 7:19 AM No comments:

Getting a Boating License in Missouri 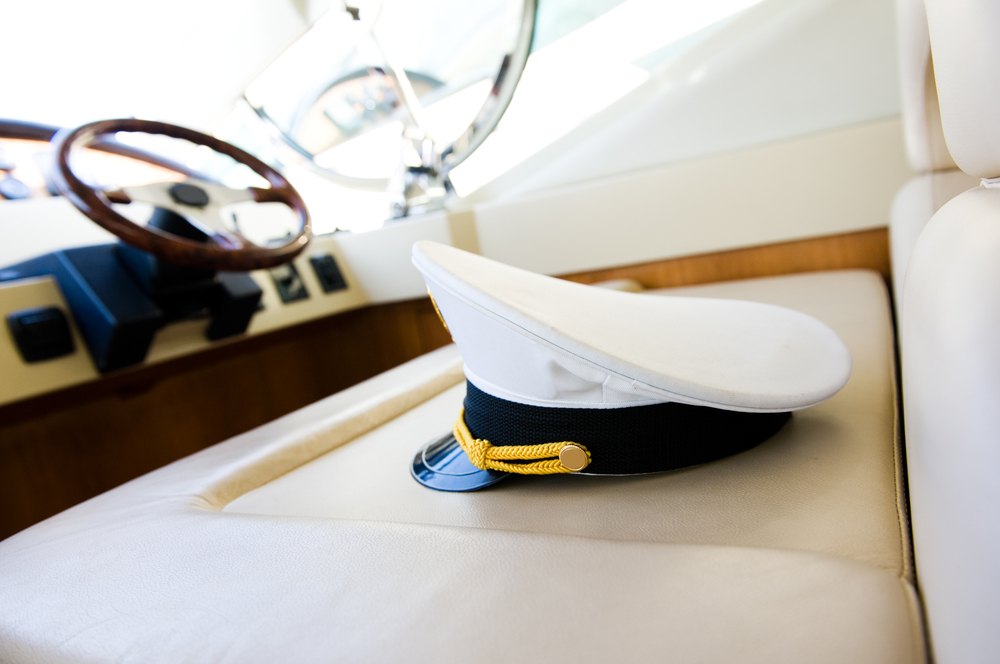 Anyone born after January 1, 1984, who operates a vessel on any Missouri lake needs a Boater Education Card. Fortunately, this process can be completely done online!  You can get your Missouri Boating Safety Certification Card in 3 easy steps: pass the online course, pay and print your temporary card and then your lifetime card will arrive in the mail.  Summerset Boat Lifts wants to make sure you and your boat are safe not only on the dock, but also while on the water!

What to Expect from the Boat Missouri Course


Learning: Step by Step
To help improve your boating skills and prepare you for the final exam, you will need to complete 6 easy-to-understand units that you can complete at your own pace. 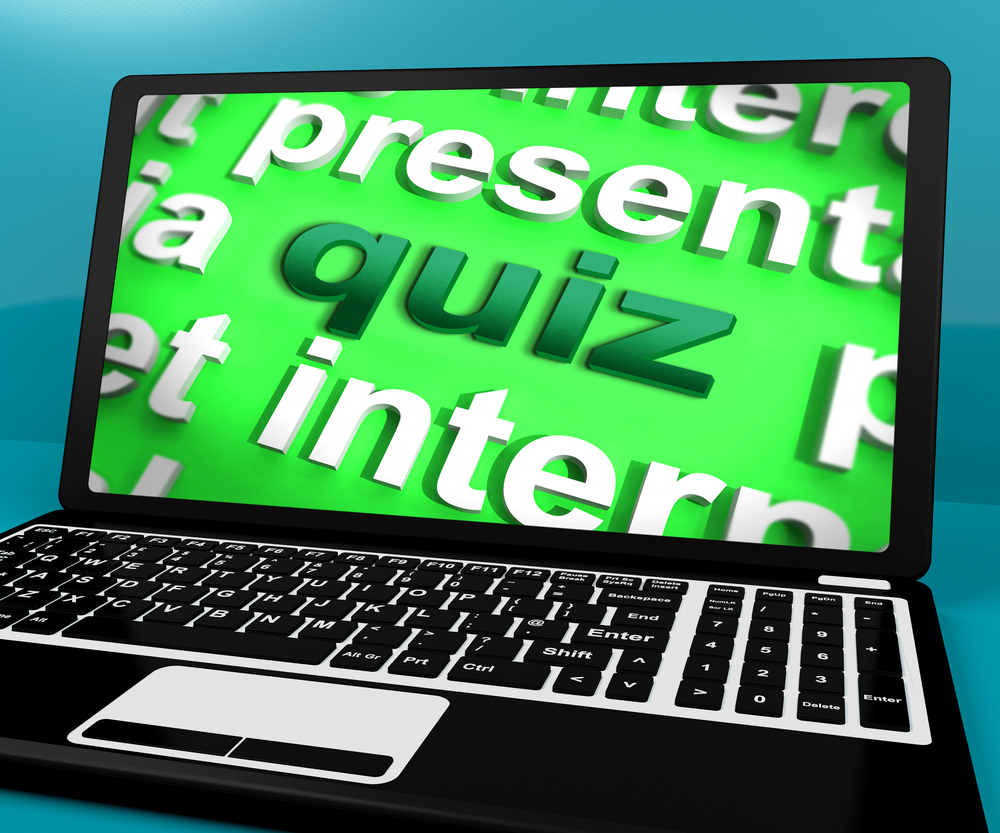 Reinforcement: Unit Quizzes
At the end of each unit, you will be given the opportunity to demonstrate how well you're understanding the content with a quiz.  You'll need to score 80% or higher on the unit quiz before advancing to the next unit.  If you don't pass a unit quiz, no problem!  You'll just go back and study the unit again until you are able to pass.

Mastery: The Final Exam
After completing all 6 units, you can choose to take a practice exam or move directly on to the final exam.  Both the practice and final exam cover all the course material and will asses your knowledge of boating safely on Missouri waters. You must score 80% or higher on the final exam to pass and you will have only 2 attempts.  If you fail the final attempt, you will be required to go through the entire course again. 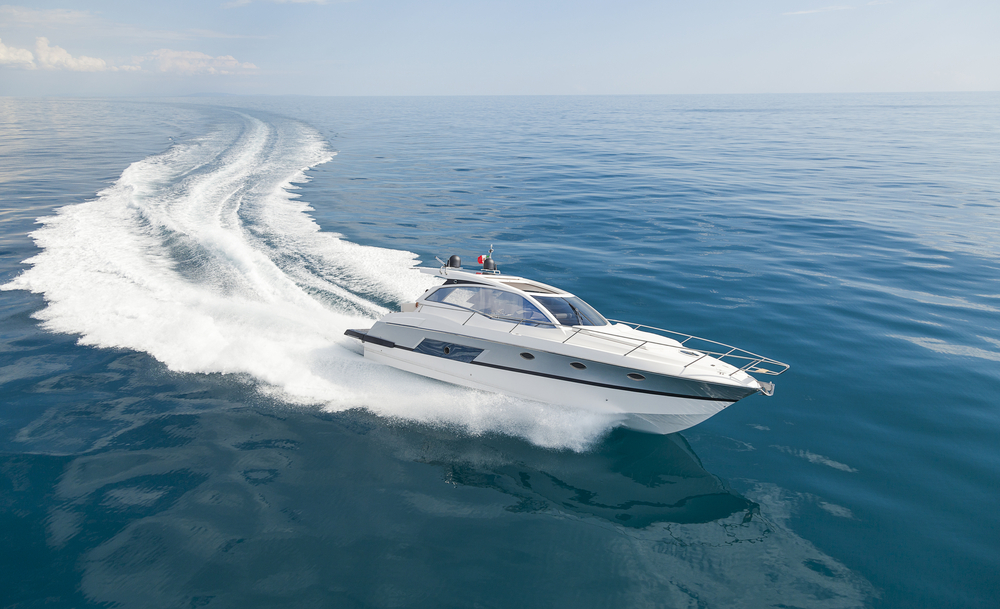 The course features easy-to-understand boating safety instructions and hundreds of detailed illustrations to help improve your boating skills.  It covers a range of topics, from boat handling to reading the weather, and prepares you for a variety of situations you could find yourself in while on the water.  By learning about responsible boat operation, etiquette and the rules of the water, boaters can keep themselves and their passengers safe. The course also includes context-based videos to enhance your retention and motivation.  You will watch live-action videos of boat and PWC operators preparing for an outing, using good judgement, and reacting to unexpected changes.  Learning in the course is reinforced by the use of interactive animations that help you with understanding traffic laws on the water, dealing with emergencies and more!

To get started, visit: http://www.boat-ed.com/missouri/

Once you have your boating certification card, you are ready to take off from your boat lift at the Lake of the Ozarks and head out onto the water!  And Summerset Boat Lifts will be here to take care of any issues you have with your boat lift.  We’re here to make certain you and your boat get the very best level of product and service at the Lake!

Posted by Summerset Boat Lifts at 9:20 AM No comments:

Summerset Boat Lifts is ready for the 4th of July!  The Lake of the Ozarks will be swarming with vacationers and locals alike celebrating our countrie's independence.  To pass the time until the fun begins, we decided to put together some 4th of July trivia questions for you to test your knowledge with.  Good Luck! 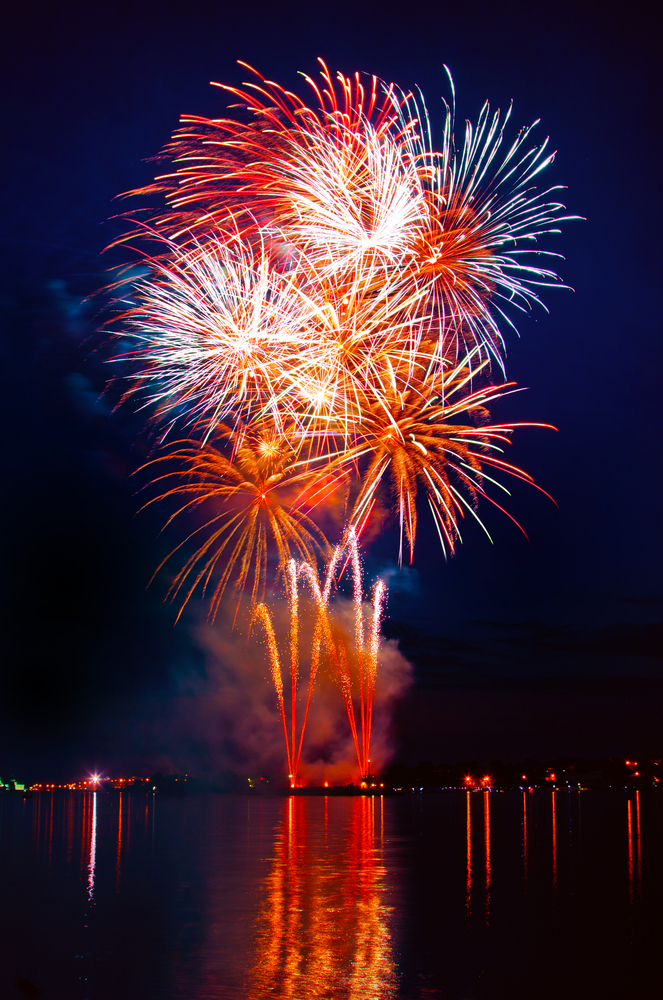 1. Which US historians died on July 4th, 1826 on the 50th Anniversary of Independence Day?

A. Alice's Adventures in Wonderland
B. The Adventures of Tom Sawyer
C. The Water Babies
D. 20,000 Leagues Under the Sea

3. When were fireworks first used in an official Fourth of July celebration?

4. Which president first held a 4th of July Celebration at the White House?

5. Which newspaper first printed the Declaration of Independence?

A. The Philadelphia Eagle
B. The New York Times
C. The Pennsylvania Evening Post
D. The National Enquirer 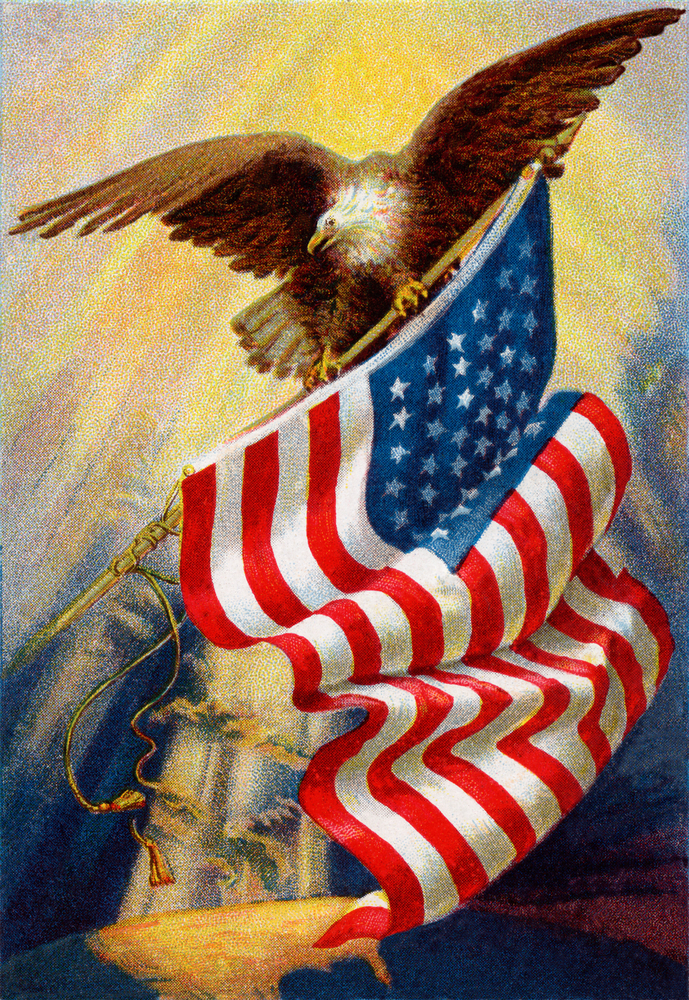 6. Which US president was born on Independence Day?

8. When did the 4th of July become a federal holiday?

9. Which of the following was not one of the original 13 American Colonies?

A. Jim Palmer of the Baltimore Orioles
B. Orel Hershiser of the Los Angeles Dodgers
C. Jack Morris of the Detroit Tigers
D. Dave Righetti of the New York Yankees

11. What animal did Bejamin Franklin want to be the national animal before being outvoted by John Adams and Thomas Jefferson on the Eagle? 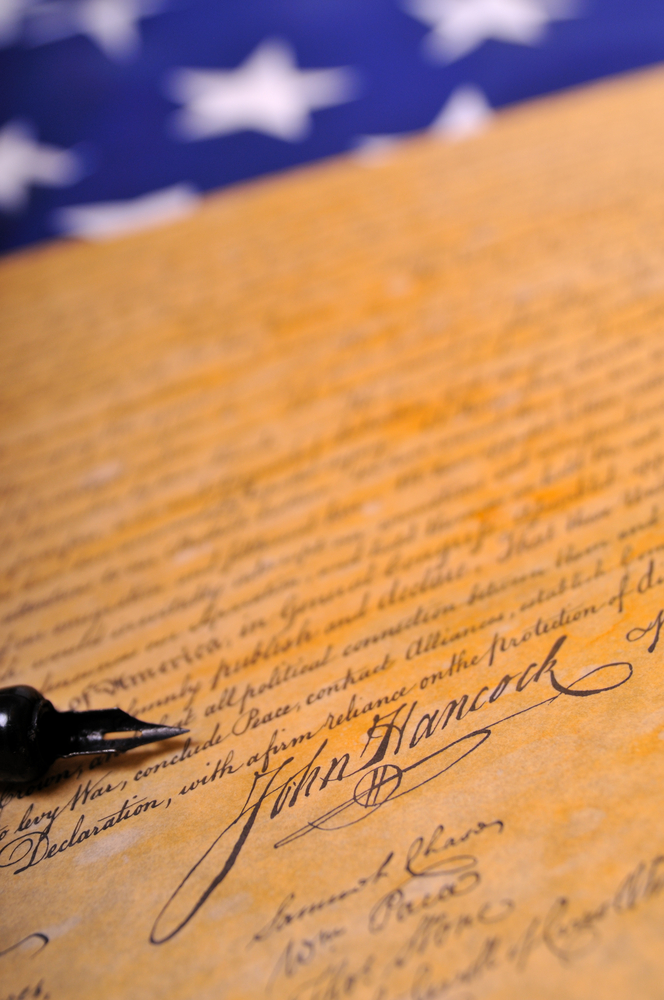 12. Most signers of the Declaration of Independence didn't sign the document until August 2nd, who was the only person to acutally sign it on July 4, 1776?

13. Who was the youngest signer of the Declaration of Independence?

Posted by Summerset Boat Lifts at 1:19 PM No comments: